It's Official: I've Totally Lost It

A week ago Saturday, we added another puppy to our family. I know, crazy. We now have three children, two cats, three dogs, and a fish tank. I spend all of my time feeding people and animals, then cleaning up their messes.


My husband, for some odd reason, is in the mood to acquire, which is quite out of character. He recently surprised me with a Kindle and about a month later, with a new laptop. I love the Kindle and am using it non-stop. There are so many wonderful titles available on Amazon for nothing at all; it's like having a lending library at my fingertips 24 hours per day. The laptop was quite overdue. It's nothing really special, just a Dell Inspiron, but it's brand new and shiny and fast. Then last Saturday, hubby took us shopping under the pretense of buying new collars for Jack and Maddy. The little guy and I had been talking about some cute schnauzer puppies we'd seen at our favorite pet store. Another customer had failed to spay in a timely manner and ended up with a litter of puppies. They asked the pet store to offer the whole litter for sale. There were three little salt and pepper puppies, like Jack and Maddy, and one little solid black female. I fell in love with her immediately and the little guy couldn't stop talking about her.


Not long ago, I bought my son a flip video camera from Amazon for $59, which is a steal. So, this morning I spent ten minutes taking a video of the dogs, new puppy included, uploaded it to the laptop and within two clicks, had the following movie. Please be kind; I have never used a video camera of any kind before. I left the original audio because I think Jack's play growl is so cute. The puppy, Sophie, is about ten weeks old and weighs all of five pounds. Jack is largest and is wearing a black collar. Maddy's beard is mostly white and she's wearing a pink collar. In the grand tradition of WillowTree, enjoy this immensely boring pet video:

spring comes for an early visit 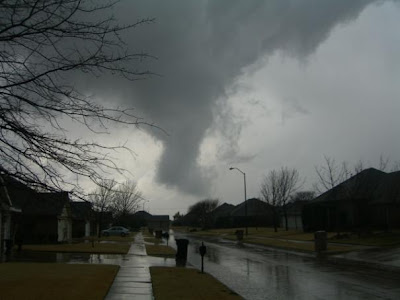 As I'm sure many of you have heard, tornadoes touched down in Oklahoma on February 10. The storm was a bit out of season and completely unexpected, at least by me.

I had driven to my parent's house after dropping the little guy off at school. Middle son was feeling ill, and at 15, I thought, old enough to stay home alone with his cold and the animals.

My mother was injured this past Saturday (another story all to itself, which I promise to tell in the next day or so). I was driving the two hours up the turnpike to give Daddy some much-needed time for farm chores and wash Mama's hair. When I arrived, her injuries had worsened somewhat, so we decided instead to have lunch then drive to the doctor's office.

The appointment was scheduled for 1:30 pm at an office no more than five miles away. At 1 pm, I started getting mother ready and pulled my car up to the porch of their house. After much whining and maneuvering (and that was just me), we got her into the car. At the doctor's office, I went inside for a wheelchair even though Mama thought she could walk. When I came back to the car, she was sitting with her legs on the ground and said, "Maybe I could use that wheelchair after all." The doctor took a look at her, gave her a prescription and we made our slow way back out to the car. After returning the wheelchair, I drove down the road, filled the prescription and took Mama home. I commented on our good luck with the weather. It was a beautiful day with cotton ball clouds in a clear blue sky. We reversed the exit manuevers and got her into her recliner. Then I noticed the light on my cell phone (which I'd left on the coffee table) was flashing. I'd missed several calls from my husband.

A tornadic storm was ripping through Oklahoma City not far from where he works. The storm was moving quickly and violently in a northeasterly direction. On its current course, it would be no more than a few miles from our home and the little guy's school. At the time, my husband didn't tell me he had watched a funnel cloud flatten an apartment complex about a mile and a half away from his office building. Thank the Lord for small miracles.

Immediately, I called middle son's cell phone. He had dropped it from the top of a friend's back yard shed two days before and I had yet to replace it. It rang but he didn't answer. Turns out, he couldn't; we thought just the screen was busted but the entire phone was worthless except for the incessant ringing. Unbeknownst to me our power was cycling on and off. In between cycles, I got a call from him. After telling him where to find the corded phone, we lost our connection mid-sentence. Five minutes later, another call from him came. He had found the phone, plugged it in the laundry room jack, gathered the dogs and the cats, a bag of Milky Way bars, and his ipod, and shut himself into the laundry room. About then, the power went out, this time for good. I stayed on the phone with him, but had no idea where the storm was traveling.

The little guy was in lock-down at his school with no power and therefore no phones.

Our lovely daughter's high school is twenty minutes to the southeast and was never in any real danger. Thank the Lord she insisted on transferring back to her old high school when we moved. 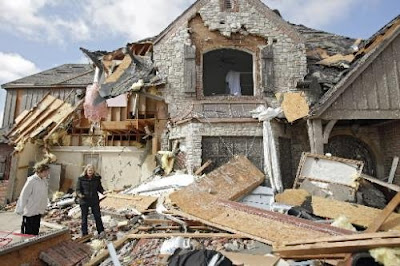 Three tornadoes went through Oklahoma City and the surrounding metropolitan area that day, not to mention the devastating and deadly tornado that hit Lone Grove, Oklahoma later that night. Our house is just off Kelly past Waterloo Road. The square mile to our south is completed by Santa Fe Road on the West and Sorghum Mill Road on the south. The tornado crossed Santa Fe south of Sorghum Mill and proceeded to take out the fence of the horse ranch there. It moved northeast into Sorghum Mill Estates where it damaged upwards of twenty homes and completely destroyed at least one. Then it crossed Sorghum Mill Road and went through the corner of Oak Tree taking roofs, trees, electric poles, and the entire top of one house with it. On the same northeast track, it crossed Kelly and tore across the golf course taking out fences and the driving range backstop. Behind the country club, it took another four homes, one of them belonging to the head of my husband's department at work, before crossing Waterloo Road, wiping out a fence around a pasture, and flattening an auto body shop and three other businesses. Our vet's new building was spared, but his old building that he uses for storage is just gone. I don't know what happened after the tornado crossed the next road to the east, but it was on the ground for several more miles. Luckily a lot of that country is pasture land, and there were no more reports of destroyed homes.

When I drove home that evening it was about 6:00 pm. Kelly Road was completely closed a mile from our neighborhood. I drove west down Sorghum Mill and almost hit a tree that had fallen over the road. We were without power all evening but it came on sometime after we had gone to bed. We were so incredibly lucky. I cannot even fathom the alternative. 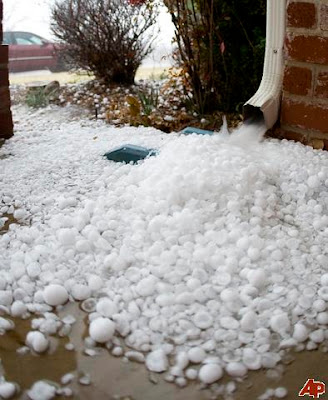 All the homes in our neighborhood are in some state of receiving a new roof. Ours hasn't been assessed yet by the insurance company. Even though our house is only two years old, I am betting on replacement. We had high winds, marble sized hail, and a tornado passed as close as a half mile away.

I was born in Bartlesville, Oklahoma, and grew up in Nowata County. I lived in Topeka, Kansas as a young adult. Tornadoes are not new to me. I am not afraid of them. But you can bet we're getting a storm shelter. Pronto.

All photos are images from news coverage of the February 10, 2009, tornadoes. The damaged home is in Oak Tree, just down Kelly Road. 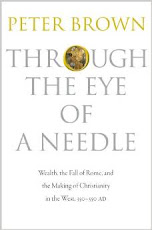 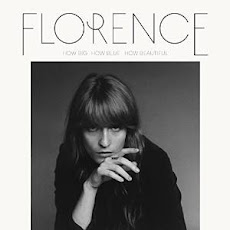